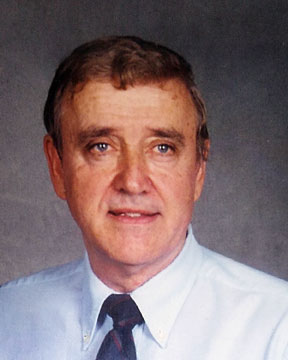 Billy graduated from Ellon College High School in 1960. He immediately signed up for the Army, which sent him to Karlsruhe, Germany, where he was a draftsman and then a bridge builder.

Bill was a Portrait Artist. He painted pastel portraits in Myrtle Beach, Gatlinburg, Huntsville, AL, Nashville, TN and many other locations. He learned to paint oil portraits, creating a full size copy the George Washington Landowne portrait hanging in the White House. He painted portraits of many of the Nashville Music Stars, including Marty Robbins and Jeannie C. Riley. Portraits of Governors Lamar Alexander and Ned McWherter are some of his works. Bill did dioramas in the Tennessee State Museum and Milan Agricultural Museum, Milan, TN.

Bill loved Jesus. He was passionate about reading the Bible and trying to understand it. In his latter years, the Bible was the main thing he wanted to talk about. As his wife was reading Psalms 91 to 100 and Romans 8, his heart and breathing slowed and stopped. He graduated from this life to the next.

He was proceeded in death by his parents, James H. and Ethel P. Burgess, his twin brother, Bobby James Burgess, and sisters, Jo Ann Murphy and Mozelle Blevins.

Bill will be cremated according to his wishes. A military funeral will be arranged. Time and place to be set later.

To leave a condolence, you can first sign into Facebook or fill out the below form with your name and email. [fbl_login_button redirect="https://lumencremation.com/obituary/billy-e-burgess/?modal=light-candle" hide_if_logged="" size="medium" type="login_with" show_face="true"]
×