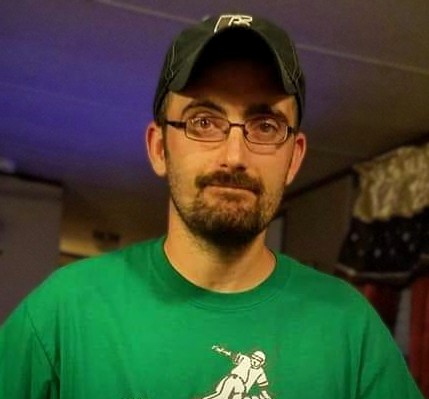 Joshua Lee McHolland, 36, passed away on Sunday, the 20th day of June 2021 at his residence in Obion, Tennessee.  A celebration of life Memorial service will be held for Josh  at River of life church of God in Ridgely TN. Specific Arrangements will be announced at a later date. Pastor Clayton Mahan and Brother Tommy Dean (Josh’s cousin) will be officiating the services. Graveside services will be held at Sunkist Memorial Cemetery in Samburg, TN.  Lumen Cremation of Nashville, Tennessee is currently overseeing Mr. McHolland’s afterlife care.

Joshua was born in Union City, TN, but was a long time native of the town of Wagoner in Wagoner County, Oklahoma. Almost three years ago, he decided to venture back to his birthplace of Obion County in Tennessee. In Wagoner County, he was proudly employed by his Cousin Mr. Jeff McHolland (Stephanie) at McHolland Tree Service. When Mr. McHolland relocated, he went on to be employed by a family that loved him like their own, at Markham’s Farm and Tire in Ridgely TN.  He loved working as a mechanic. He especially loved teaching his son the fundamentals to rebuilding and repairing small engines. He was an avid gamer and was impressively good at it. His passion was music. He had a love for all genres and was a talented guitar player who only played by ear. Joshua also spent his spare time researching and mapping his Cherokee Indian Ancestry .

Mr. McHolland is survived by his wife Mrs. Jacqueline “Henson” McHolland of Atlanta, Texas. He considered his biggest accomplishment in life was being a father to his daughter, Amelia (17) of Wagoner, Oklahoma and to his son, Jacob (13) McHolland of Obion, Tennessee, and not to exclude His son by love & marriage, Brett (13) of Atlanta, Texas.

He left behind to cherish his memory, his mother, Mary Elizabeth McHolland of Obion, Tennessee, and his Father, Gregory Wayne McHolland of Oklahoma. He is survived by his only brother, Chad Ray (Charlena) Irvine of Obion, Tennessee. Tori Nicole Ray Smith of Union City, being his one and only sister, met him at the pearly gates with open arms, along with two uncles, two aunts, and both sets of grandparents. His legacy and memory will carry on through all those who loved him, such as his surviving aunts, uncles, nieces, two nephews, and several cousins who loved him dearly. He also has many friends who he considered family by love who will miss his daily presence in their lives.

The family wants to give their appreciation to all those who have helped during this devastating time. The love for Joshua that has been shown is a true blessing and comfort.  We cannot thank you all enough… not to exclude anyone at all, but we want to specifically mention our gratefulness to The Prince Family, McHolland Tree Service of Oklahoma, The Walford Family, Cunningham Methodist Church of the South Bluff, River of Life Church of God & Prophecies of Ridgely TN, and Patterson Sealcoating of Obion County, TN. You are all truly angels of this earth, but of course, we give our biggest glory to our Father above, praising him for the friend we have in King Jesus.

“Remember me in your thoughts, like a ‘ole familiar song, and when missing me hits you hard, just stop and sing along… hmmmmm, our memories like a catchy tune, one without a sappy ending. The love we share is like a melody that will never miss a key, break a string, or ever get short-winded.”

Joshua our Son, Brother, Father, Nephew, and friend… may you rest in Peace.

To leave a condolence, you can first sign into Facebook or fill out the below form with your name and email. [fbl_login_button redirect="https://lumencremation.com/obituary/joshua-lee-mcholland/?modal=light-candle" hide_if_logged="" size="medium" type="login_with" show_face="true"]
×