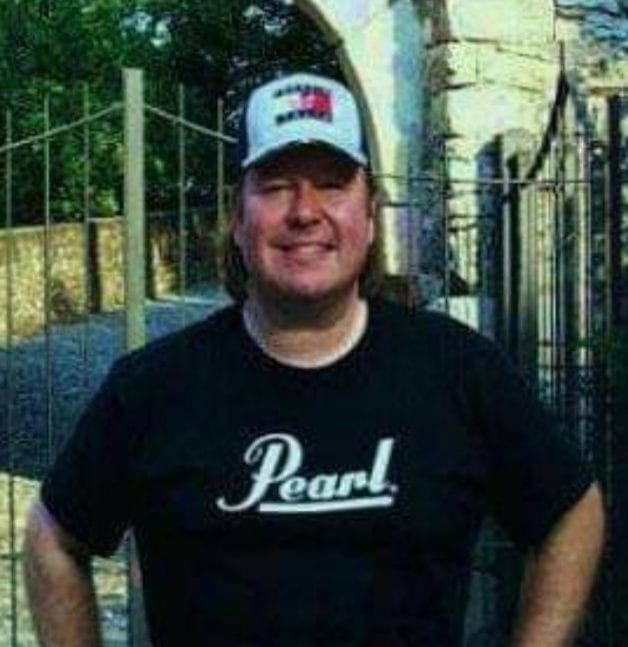 Robert Scott Clarke – Age 59, passed away under the loving care of the staff at Alive Hospice in Nashville, TN early Saturday morning, May 1st, 2021. Scott had bravely battled cancer for many years; however, he still lived his life with vigor and strength throughout it all, and even found the love of a lifetime during the last few years he spent with his fiancée, Jackie Robinson.

Scott was a Nashville Native, graduated from McGavock High School in 1980, and went on to pursue further education at Vol State in Gallatin. His passion for music though was what propelled his career through life as he had honed a gift for music throughout his childhood as many who knew him then knew he was singing at age 2, playing the guitar at age 9, playing the drums at age 13, developing his own band at age 15, and started playing professionally at age 16. He always valued that he took drum lessons from Ed Mummert, a professional drummer who played in the orchestra pit for the popular show at Opryland, “I Hear America Singing” who was actually the understudy of the longtime drummer on Johnny Carson’s, “The Tonight Show!” He always knew how blessed he was with opportunities such as these. Music was his gift and his passion, and he knew it!

His music career led him down various recording paths as well as allowed him to function in several roles, from drummer to songwriter, to music producer and engineer, to vocalist and recording artist. He played with many different live local bands, as well as road bands, through the years. He also did studio work for his own bands as well as played drums for many other recording artists, which led him to playing with bands booked as openers for Krokus and Judas Priest. One of his fondest times as a recording artist was with his time as the drummer in the 80’s band, Madhatter, with Captiol Records, releasing their most popular single, “Get Ready to Rock” in the fall of 1988.

Other recording stints included being a founding member of the band, “Chromium Blitz,” as the master engineer and studio producer for the cd, Hardtimes, which not only showcased his gifted talents as a songwriter (with many of the songs being based on life-experiences) and lead vocalist, but also his instrumental expertise on electric and acoustic guitars and drums and percussion.

In the early 2000’s, he was involved in the live performance and studio producing efforts of 4 CDs of a popular jazz quintet, The June Wolfe Band. He worked and played with this band over a period of 5 years that included precious times they were able to play at a weekly Thursday night gig that included playing with his father, himself a guitarist, at the Moose Club.

In 2008, Scott helped to reform an early 80’s band with 3 of the original 5 members he played with in 1983-1984. The new hard rock band was now known as “Union Jack.” Effort was made to release a new CD titled, “Made in America.” Unfortunately, the project was shelfed before production, but many great songs were developed, as well as bass and drum tracks recorded at The Vibe Recording Studio in Nashville, TN with vocals and guitar tracks recorded at Aqua Sky Music Recording Studio in Nashville, TN.

Playing and recording great music was the heartbeat of Scott’s life, and he put his all into it at each and every stage and season of life. May his life’s legacy never be silent, but continue to carry on through those his life touched along the way!

He is preceded in death by his parents, Donald and Dora Clarke.

He is survived by his loving fiancée, Jackie; sister, Donna Clarke; and Aunt Jeanette Clarke of Burns, TN; Jack Browning, his guitarist and best friend; and other family members as well as lifetime friends.

A private memorial gathering will be held in his honor with family and close friends at a later date.

To leave a condolence, you can first sign into Facebook or fill out the below form with your name and email. [fbl_login_button redirect="https://lumencremation.com/obituary/r-scott-clark/?modal=light-candle" hide_if_logged="" size="medium" type="login_with" show_face="true"]
×